We have seen that in the past year, Alipay has been active in social activities, including the collection of five blessings, living circles, in place, "campus diary", etc., but most of them are too aggressive; and as a payment platform, Alipay's asset security issues are repeatedly prohibited, such as Information leaks, account fraudulent authentication, tampering with passwords, etc., have not wavered. 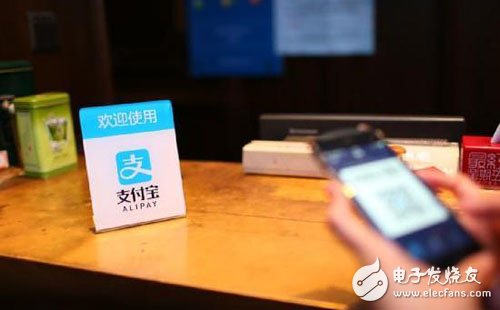 Alipay is suspected of being able to tamper with the news of someone else's login password. Yesterday, it took a lot of headlines.

This security storm may soon pass, just like the large area of â€‹â€‹smog that broke out in the past few days. After seeing the blue sky, the idea of â€‹â€‹fleeing from Beijing will gradually disappear. However, as long as the balance between development and health is not yet grasped. Point, smog, will come sooner or later.

For Alipay, the same is true. We have seen that in the past year, Alipay has been active in social activities, including the collection of five blessings, living circles, in place, "campus diary", etc., but most of them are too aggressive; and as a payment platform, Alipay's asset security issues are repeatedly prohibited, such as Information leaks, account fraudulent authentication, tampering with passwords, etc., have not wavered.

What is the first place in the strategy of Alipay team, what should be the most important value of this team? Alipay's swing and anxiety in balancing payment and social will be the proposition for a long time.

A brief review of this incident, yesterday morning, some netizens in the WeChat group said that Alipay can change other people's passwords. According to netizens, Alipay's vulnerability principle is as follows:

Alipay APP login - choose "forgot password" - select "mobile phone is not around" - then Alipay will let you choose "things that Taobao bought" (1 picture selected) - "people you may know" "(9 friends choose 1) - If you choose Yes, you can reset your password.

Therefore, if you are a stranger, you have one-eighty-one chance to land on your Alipay. If the other person is your acquaintance and is familiar with your daily life, the other party has a 100% chance to log in to your Alipay.

Alipay's quick response will only be realized under certain circumstances, and it indicates that the risk control system has been upgraded. NetEase Technology also conducted the actual measurement in the first time after the response. It has been unable to crack the password. It seems that Alipay has already solved the related problems.

This security risk is not the first wave. There have been similar problems such as leakage of personal information, account fraudulent authentication, and stolen balance. For the payment platform, security should be the most basic and most important, but why are they still happening?

In this regard, security expert Li Tiejun once said to the media, "Alipay has a long time, its functions are constantly increasing, and its user base is constantly expanding. Its account system is in a state of being in a state of motion, and in some cases an accident occurs. Processing can be tricky.â€ Therefore, we can think of avoiding security risks as much as possible. The Alipay team may need to be reinforced from multiple angles of technology, operations, products, etc., and it takes a lot of effort.

However, in the past 2016, what we have seen more is that it seems that Alipay is socially eager.

You will not forget that in the Spring Festival of 2016, the whole people collected the dedication of "dedication"; it may also be vaguely known that Alipay's August 9.9 version put the "life" dynamic of the circle of friends on the front page and was pushed a bunch. "People who may know"; perhaps also have the opportunity to appreciate the large-scale beauty photos that are similar in the "Campus Diary"; probably once again look forward to the "in the vicinity" of the "rich people in the vicinity" function.

Alipay defines this as a community attempt, and some translations are scene explorations, but in the end it still points to two words - social. We have finally noticed that Alipay seems to be constantly struggling to socialize and seems to always ignore its own financial service attributes as a payment platform.

Why is it that you can't give up social?

So why? Why is socialization for Alipay not to give up?

The demographic dividend is disappearing for Internet companies. When the number of users is close to the ceiling and the user growth is weak, Taobao extends the user's usage time through its content and live broadcast strategy.

For the top of the $50 billion valuation, perhaps in the upcoming 2017 Ant Financial, you must rely on a super-app that has lived over 100 million yuan, but if you have Alipay with strong tool attributes, it is difficult to support such valuation and listing. The story, then, the sticky social, has become the best medicine in the eyes of the Alipay team.

If endogenous reasons are necessary for this problem, then the importance of external causes is even more critical. The pressure on WeChat payment to Alipay is increasing, and this pressure has evolved from clear perceptions to clear data.

In the Spring Festival of 2015, WeChat only helped 200 million bank cards in two days, and Alipay, which took eight years to achieve this result, including a long market education stage.

Look at the set of data that is easy to see by Titanium Media: 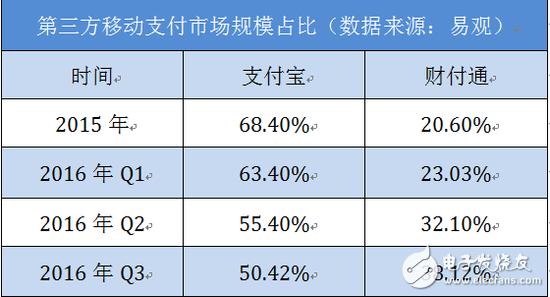 The proportion of the third mobile payment market

Alipay and Fortune have almost occupied nearly 90% of the domestic third-party mobile payment market, and a rather obvious trend, while Alipay's market share has decreased, TenPay continues to increase, while Alipay's 18% market share seems to be reduced. Just right is the percentage increase in Tenpay.

Coupled with the first batch of small programs launched on January 9th, the purchase payment behavior generated by each merchant platform in the WeChat ecosystem will of course not have anything to do with Alipay. As the pressure continues to increase, Alipay's socialization is imperative.

Why is it always doing bad social?

Slightly regrettable, although Alipay has always had a dream in socializing, it has been defeated repeatedly. Why is Alipay's socialization always bad?

The first is the issue of product boundaries. Each product has its own natural boundaries that cannot be crossed, and in the eyes of product manager sterling silver, there is no genetic connection between payment and socialization.

You may ask, does WeChat not pay for breaking through social boundaries? To be clear, WeChat is more about the concept of â€œchangesâ€. You will use these small money to send red envelopes and go to convenience stores to buy small commodities. But Alipay is more of a "property" concept. Not many people are willing to use their property as a chat topic.

Knowing that the user "Jingyun" believes that "Alipay's login password event, considering that the mobile phone is not available, recovering the password through personal privacy information, there is no problem from the product perspective, but Alipay has forgotten its social function, acquaintances can see The shopping items you share, in real life, can also look at you to open the package and know what you bought. Because of the convenience of the line and the complexity of the offline, it is the most overlooked danger of the Internet."

On the other hand, it is about the management team of Alipay. On December 17, 2016, Ant Financial announced its new organizational formation. Fan Zhiming, the president of Alipay Group, was transferred. The Alipay business group will try a new organizational management model, namely the class. Commissioning.

On September 26, more than two months ago, Ant Financial announced that its payment business group had been upgraded to the Alipay business group. The president was Fan Zhiming. Fan Zeng pioneered the "quick payment" and created the "Yuebao" star product. Because of his business style, he became the name of Fan Xiaohu.

The time when Fan was transferred was just after the "Campus Diary" circle event. Some analysts believe that his transfer is related to the storm. Then, does the transfer of Fan mean that Alipay will slow down in cutting into social business? ?

Socialization is the strategy of Alipay. In the future, Alipay will have any tricks, and whether it can attack the city, we are not too early to judge. For Alipay, safety risk control and socializing, the first step in treating anxiety disorders is to think about what is fundamental and what is extension.

The CSP series Programmable DC Power Supply is upgraded and developed on the basis of iDealTek-Electronics' mature IGBT high frequency switching power topology and all-digital signal control loop. Featured with high precision, low ripple and fast response speed.
The Programmable DC Power Supply is different from the traditional DC power supply that can only control the output voltage and current values. The programmable DC Power Supplies can realize the programming of multiple parameters through adding the microprocessor unit with built-in control program, such as parameters like operating time, output rise time, protection response time, OVP and OCP etc. All can be set and programmed.
At the same time, the microprocessor unit also adds more functions to the power monitoring system, which can realize the query of the historical data of the test results, making the programmable DC power supply the best choice for laboratory test, production line manufacturing test, photovoltaic plate aging test and various cutting-edge applications with Programmable DC power supplies.

At the same time, the whole series of programmable DC power supplies are equipped with RS485 interface as standard, following the MODBUS-RTU international protocol, which can realize remote control programming, test results save and uploading to the master unit and status monitoring of the power supply.