According to foreign media Newatlas, the VTT Technology Research Center in Finland is developing a short-range radar wearable device that will guide them to the visually impaired when they are outdoors. VTT's Guidesense is a device that is fixed to the user's chest and alerts the wearer with potential obstacles through vibration and voice feedback.

Guidesense works with short-range millimeter-wave sensors, and this "micro-radar" array can be integrated into driverless cars and smart, intrusion-detecting buildings. Guidesense is worn like a heart rate monitor. According to VTT, the device is able to detect most obstacles around the user, except for small objects such as twigs. 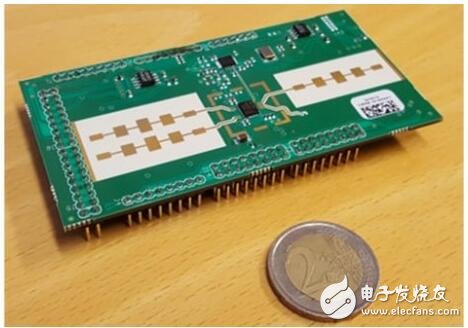 This is not the first wearable device that can help blind people, after researchers have introduced wristband sonar devices and SpiderSense wearables. However, Guidesense has some potential advantages over other products.

VTT chief scientist Tero Kiuru said: "(Guidesense) works on radio waves to pass signals through ordinary clothes. This means that it can be fixed not only on the outside of the jacket, but also compatible with other common aids, such as crutches. Guide dog reflective vests, etc."

The device is still in the testing and development phase, but the initial results are quite satisfactory. In a clinical trial approved by the Finnish National Welfare and Health Surveillance Agency, 92% of the 25 visually impaired people reported that Guidesense equipment can help them perceive their surroundings.