All along, the domestic smart lighting market agreement is the existence of diversified differentiation. ZigBee, Bluetooth, WiFi, 2.4G, etc. have their own original advantages, and they all have short boards.

Various agreements in the domestic market, each camp

ZigBee is now in a relatively mature stage. Due to the promotion of Philips and Osram, it is used by more and more mainstream manufacturers. However, the disadvantage is that it cannot be directly controlled by smart phones, and additional gateways are needed.

Compared with ZigBee, Bluetooth has little difference and also occupies some markets. WiFi is used in smart lighting, and the stability and penetration of the connection have to be resolved. Due to its short development cycle and low cost, 2.4G has become the preference of many small and medium-sized lighting manufacturers. However, it is a proprietary agreement and has problems in interconnection and interoperability, which is contrary to the future standardization process.

When selecting a protocol, the manufacturer needs to consider various factors, including technical maturity, design experience, cost, stability, and application scenarios. All kinds of agreements love each other, who is more marketable in the future?

"I think Bluetooth will have an advantage over ZigBee in the future." Han Xingcheng, chairman of Hefei Wulian, said, "This is actually related to our company positioning. We do 2.4G chips, ZigBee is a standard protocol, in addition to ZigBee and 2.4. G is not much different, it has no big advantage in distance power consumption. Bluetooth can connect directly to the network, it can be docked without adding a gateway. In addition, it can be directly connected with the mobile phone, it is convenient to use, and the cost is not higher than ZigBee. ZigBee uses a mobile phone to control the bridging, and the protocol that can be directly connected to the mobile phone in the future will have a strong vitality."

"Bluetooth 5.0 standard will be released at the end of this year or early 2017, the bandwidth will be higher, can support more complex control commands and sensor data, transmission distance, receiver sensitivity to the chip is also greatly improved, and the BLE network coverage capability is improved. Will be greatly enhanced. When the sensor single frame data exceeds 20 bytes, it will be easy to solve after the Bluetooth 5.0 specification. Bluetooth 5.0 will fully include Bluetooth Mesh technology." At the 3rd China IOT Conference held recently, from the core Song Wei, general manager of Ruichuang, said.

What are the big advantages of Mesh technology, so that everyone is applauding?

(1) Basic lighting control. Smartphones can directly control lights, sensors and other associated devices via Bluetooth's data channel. Directly control the light on, off, brightness adjustment, color temperature adjustment, RGB adjustment, overcome the irregular flashing of the lamp during the adjustment of brightness and color temperature, so that the adjustment process is linear and smooth. Grouping multiple lights, groups can be crossed and overlapped. Support multiple mobile phones to cross-control multiple groups of lights at the same time. This technology is now very mature.

(2) Application of the super gateway. Relying on WiFi-MeshSuperGateway (Qualcomm QCA4531WIFI module + CSR8811BLE module), remote control of lighting equipment and other sensors and electrical equipment can be realized via the Internet. Similarly, the basic lighting control of the lights can be completed via the Internet, and the working status of other devices can be uploaded to the cloud. Support for extended additional ZigBee modules. OTA upgrades for multi-lamps and Bluetooth firmware for multiple devices via SuperGateway.

(3) Connect various sensors to the data network of the lighting. The use of Mesh technology allows the sensor to interact directly with the light and other devices. Sensor data can be transferred to the APP or the Internet via the BLEMesh or wifiMesh super gateway. At present, there are human body infrared sensors, door magnets, water temperature sensors, and vibration sensors.

(4) Positioning, motion trajectory description and navigation application in the building. Rely on BLE broadcast technology, combined with electronic map technology, to implement location-based applications (LBS) within buildings. Indoors, light bulbs with Mesh technology can act as GPS satellites inside the building. The actual measurement accuracy can reach 0.5 meters. This indoor positioning technology will be a new development direction, filling the gap in indoor positioning, which will lead to new application areas and business models.

Song Wei also mentioned that "the future Mesh technology has two development directions. First, let the lighting system meet the needs of use without intervention or minimal intervention, and achieve energy saving and reliability. Mesh technology all lights The node can be interconnected with the mobile phone. Second, the network using Bluetooth Mesh can become the basic data network for non-video data transmission of smart homes. The ubiquitous advantage of the nodes relying on illumination makes the Mesh network cover larger and smoothly access the sensor. Electrical equipment such as magnetic security equipment."

Bluetooth Mesh will become a smart lighting big brother? We are not satisfied with MacBee!

"The agreement has its original intention from development to application. Bluetooth is born for headphones, ZigBee is for M2M, and MacBee is for the family Internet of Things." Galaxy Fengyun, chairman of the Board of Directors and MacBee Technology Alliance, Zeng Yu in the third At the China IOT Conference, "the Internet of Things has reached a smart home. There are many agreements. In fact, the most successful now is WiFi. It is used as a high-speed wireless connection protocol in a wide variety of devices. Now it is cross-border into the Internet of Things. Occupy important position, but Wifi power consumption is high, the cost is high, the system is complex. Although ZigBee is designed for M2M, its self-organizing network itself is very fragile and has not reached the desired system. At present, although Bluetooth, ZigBee Technology has always been called an industry standard, but it does have objective flaws. We believe that the Internet of Things must be extremely simple, safe, and reliable, so it moved toward this goal a few years ago." 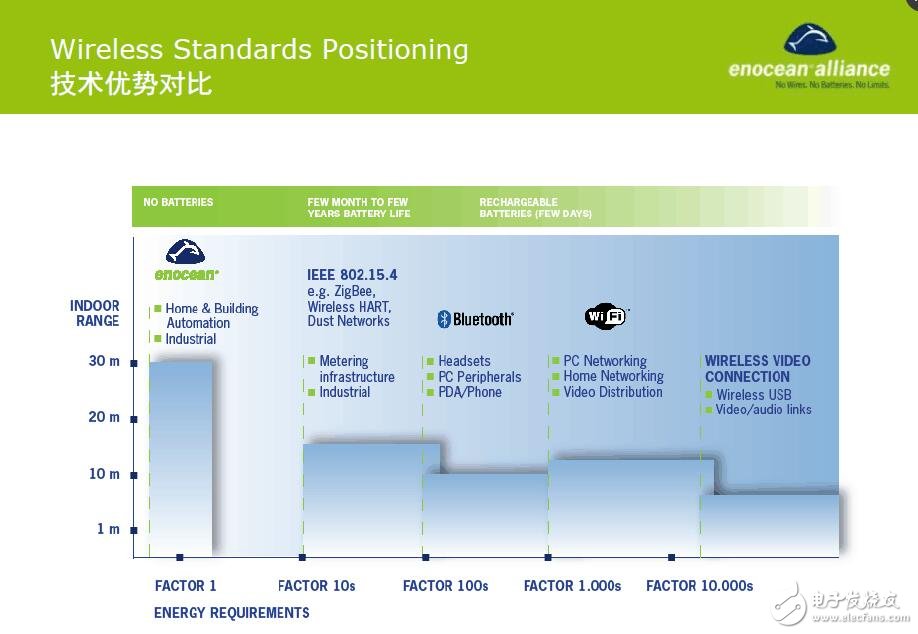 According to Zeng Yu, the current MacBee chip sales have exceeded 30w, and are still growing. It is expected to generate 10 to 20 million connections after landing in 17 years.

At the same time, he also mentioned that MacBee is able to solve the last hundred meters, stable and reliable wireless connection. With ultra-low power consumption, high cost performance and other advantages. Why is it stable? Complex things are handed over to existing technology facilities, such as local area networks or the Internet. Essentially, the core of MacBee is to rely on and leverage existing technology facilities.

"The MacBee Technology Alliance was established in March this year. We hope to promote it together with manufacturers, software vendors, industry and equipment manufacturers. After the MacBee floor lighting market last year, it has grown exponentially." Zeng Yu said, "This December 16th meeting will be held. Released the first version of the MacBee technology white paper, including connectivity, applications, and the cloud, all open source code and design for first-tier members. This is a system that has paid a lot of money for six years."

Macbee is good, practice is the only criterion for testing truth. Technical barriers are constantly being broken, but with the increase in sensors in the future, battery consumption will be unimaginable. Based on this, another technology has quietly grown up in China.

Optical sensor is a kind of sensor that measures based on optical principles. It has many advantages, such as non-contact and non-destructive measurement, almost no interference, high-speed transmission, telemetry, remote control, etc.
It mainly includes optical sensors and instruments such as general optical measuring instruments, laser interferometers, gratings, encoders, and fiber optics. In the design, it is mainly used to detect whether the target object appears, or to perform motion detection in various industries, automobiles, electronic products, and retail automation.